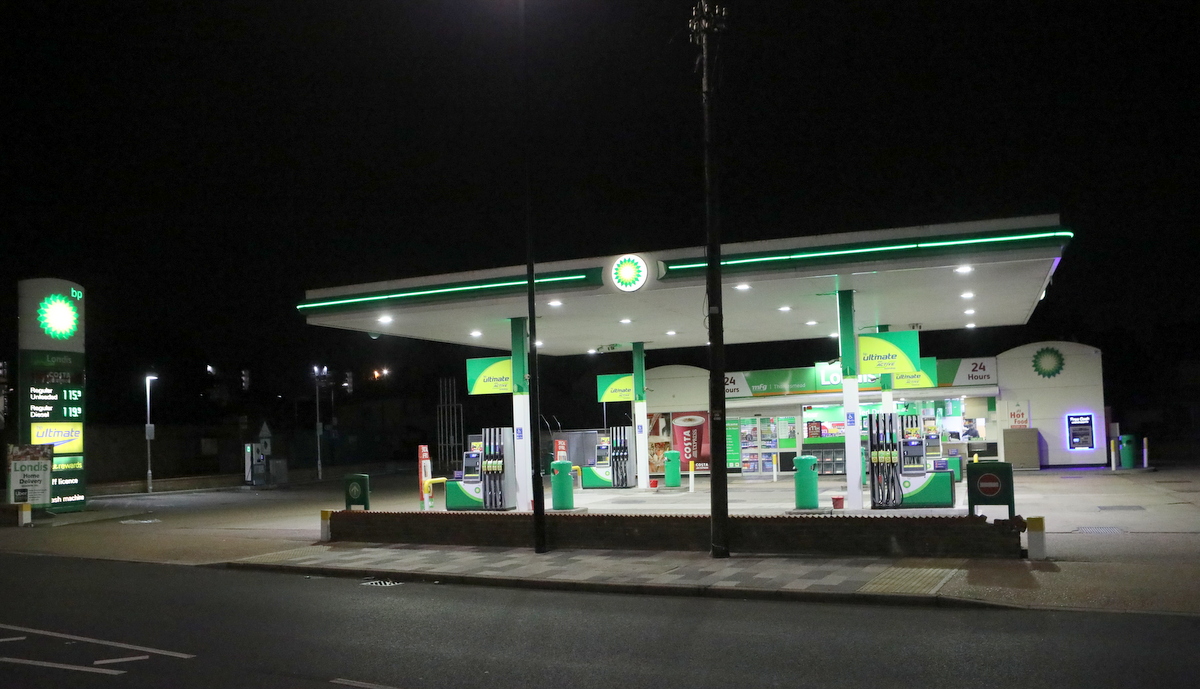 A man was attacked and stabbed following the attack  the man staggered across to the  night pay window of the BP petrol station were large blood stains can be seen.

Officers from Greenwich threw up a mass cordon and threw the area into Police lockdown.  The man was treated by Paramedics before being rushed to hospital.

A shocked worker describe a fight breaking out and a man being  stabbed he then came  staggering over to window asking for me  to call and ambulance.

He looked in a pretty bad way. The Police turned up and put up cordon and said that I would have to stay closed for the time being. There were a lot of Police and ambulance.   The Met Police spokesman said:

The London Ambulance Service alerted police just before 11.30pm on Tuesday, 21 July of a man with stab injuries on Harrow Manor Way, SE2.

The man was found near to a petrol station however the incident is believed to have taken place nearby.

The man, thought to be in his forties, was taken to hospital and his injuries are not believed to be life threatening.

No arrests and enquiries are ongoing.

The violent attack comes just hours after Two men and a boy were stabbed when a masked gang stormed  the Abbeywood Arms pub  The victims, aged 14, 18 and 19, were taken to hospital after violence broke out.

An 18-year-old woman was reportedly spiked by injection at a nightclub in Portsmouth and felt “tenderness and numbness to her arm,” police have confirmed